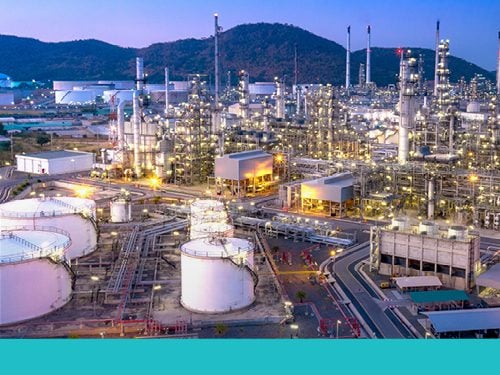 A year-and-a-half into the Covid pandemic and the outcome has been harsh for most, strenuous for many with a little good fortune for some. The reality is that refining was one of the worst hit sectors during the initial months of 2020 and the outlook remains uncertain. The World Refining Association looks at the cost of the Covid-19 pandemic on the industry.

The sector has come under increasing pressure in the past few years to change their processes and reduce the carbon impact, as they were labelled among the “worst” offenders for carbon emissions. And while there is truth to this, the public perceptions of refining are often limited to images of chimney smoke and darkened steel.

Refining has experienced its fair share of cyclical peaks and troughs, and the unexpected oil price war – but challenges that were not necessarily insurmountable. Europeans refiners have continued to face a struggle to keep afloat against growing ESG-related financial barriers. For the integrated refiners in the Middle-East the decarbonisation efforts link directly to CCUS and powering refineries with renewable energies; and the integrated Asian refiners expanding their projects en masse; while the US-market has tried to juggle the competing energy visions of Democrats and Republicans. Down under, Australia and New Zealand have taken the bold step to shut all but a handful of refineries and reforming their operations to support a new fuel import model.

The initial price war was beneficial to the IOC and NOC refiners as they could purchase feedstock at lower prices and refine their products for a lower overall cost. However, as Wood Mackenzie noted recently – the decline in oil price and the closure of refineries created “a perfect storm” that led to “global utilisation plummeting from over 80% in Q4 2019 to 66% for Q2 2020.”

The Impacts of Covid

Just 18 months ago in early 2020, the Russia-Saudi oil price war had sent global Brent prices tumbling up to 65%. By March when the realisations of the pandemic were dawning, the WTI was into the negative due to this supply glut and refiners couldn’t purchase and process oil or gas fast enough. Demand for their products had similarly declined as economies went into lockdown, and many refiners were struggling with their inability to process the glut or move their product. As a result, global production “declined by 7.6 million b/d in 2020 to 74.3 million b/d on sharply reduced demand for fuels.”

An IHS Markit report on the sector reported that 1.72MMb/d across 15 refineries was “closed or announced to be closed”, while another 584,000b/d is “currently offline or under stress, and is at stake of a potential shutdown”. This has led to a reconsideration of priorities and, in consideration of the energy transition, avenues to create more diverse portfolios.

Yet there remains the overarching question of how the globalised model of distribution can operate without the need for refined fuels for transportation and the role refiners will play in developing our future energy demands from biofuels to CCUS and hydrogen.

The demand for fuels was at an historic low, and refiners had a glut of hydrocarbons that they were struggling to process, until the clarion call for PPE and vaccines drove demand for petroleum-based plastics through the roof. Chinese, US and German integrated refining complexes were enjoying a boom on the back of post-lockdown demand surges and as vaccine deployment reaches more people.

And yet still, the finance and investment restrictions grew in-line with the talk of an accelerated energy transition – at least in Europe where the refiners must adapt or die. The IHS Markit report predicts that refining will only return to pre-Covid levels towards Q4 2022 or even into 2023. Such a prolonged downturn almost ensures that the marginal refiners will close or shift their operations in-line with regional ESG pressure.

The growth and interest in the biofuels market has reached levels previously unseen and may eventually reform the need for hydrocarbons (or reduce their demand) – and can often be produced from simple food waste. It is this area where the European refiners will make their mark over others.

The Asian Pacific region (led by China) remains committed to industrial growth and the regional sector has grown to occupy the greatest share of global refining capacity at 34%, followed by the US at 20.5% and Russia at 6.6%. And while these are the usual suspects, the landscape is shifting to those who can re-purpose and re-shape their portfolios.

As the African market embraces its oil and gas sector boom, refiners will be interested in the exports coming from these new and developing markets.

Refiners are central to the emerging race for a hydrogen economy and the push for additional carbon capture, utilisation and storage projects. This is where the Middle East seeks to entrench their competitive advantages of production and refining, while maintaining a high-degree of emissions. Europe has led this market, developing a string of hydrogen clusters across the Netherlands, Germany and UK – each seeking to rapidly integrate new hydrogen production capacity. Investment in the sector continues to grow and hopes remain high that the gas will be a leading fuel of choice in the near future.

Hydrogen is hailed as a game changer for the energy sector, if the right pieces fall into place. Large issues around generation, storage and transmission still need to be solved at scale. While the trends seek to enlarge the role of green hydrogen, it is blue hydrogen (produced as a by-product of the refining process) that dominates the market. Any development of this market will need cooperation and integration with major refiners until the supply of green hydrogen takes over – which may still take several decades.

The past two years have undeniably been a sore point for the global refining sector, and while not all have been hurt equally, it has forced most to reconsider their position and seek to broaden their product offerings. Certainly many refiners in the West are struggling with the increase of ESG policy restrictions on finance and investment, however equally these actors are acclimatised to adaptation as a matter of course. ESG pressures have provided the impetus to consider alternative processes, and a timely pivot could place these refiners ahead of the crowd. Their ESG ‘story’ must be convincing and credible.

The industry has been dealt a blow but it is not down and certainly not out, rather it is an opportunity for reflection and diversification. And as production capacity increases towards 2025, the sector will be central to processing that increase in oil and gas volumes.