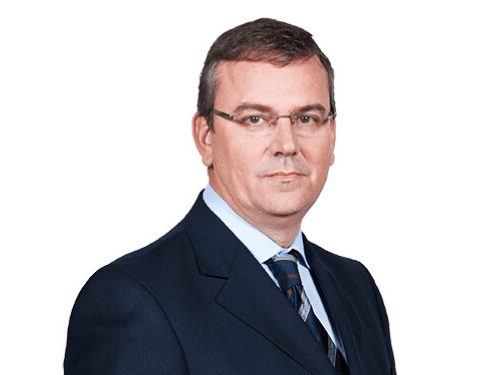 Head of the Executive Division of Industrial Businesses and Trading, Repsol

Juan Antonio Carrillo de Albornoz Tejedor is currently the head of the Executive Division of Industrial Businesses and Trading and is a member of Repsol’s Executive Committee. His responsibilities include maintaining the Repsol’s industrial assets, promoting the development of trading, ensuring continued progress in digitalization, and maximizing the efficiency of the operations carried out throughout the Company. Previously he has been Executive Director of Refining and a member of the Downstream Executive Committee. Part of the Repsol team since 1990, Juan Antonio has spent his entire career in the Refining business in both Spain and Argentina. Joining the Company as a maintenance engineer at the Puertollano refinery, he later moved on to other roles, including manager of Mechanics, Shutdowns, and Contracts. In the year 2000 he became head of maintenance at the Luján de Cuyo refinery in Argentina and in 2003 was named Director of Engineering and Maintenance, the same position he would assume in 2006 at the Puertollano Industrial Facility. In 2010 he was named Director of the Puertollano I.F. and in 2013 moved to Repsol’s facility in Cartagena, also serving as director. His time as Executive Director of Refining began in 2018. Juan Antonio is Repsol’s representative to AOP (the Spanish Association of Petroleum Product Operators) and CORES (the Strategic Oil Reserves Corporation).