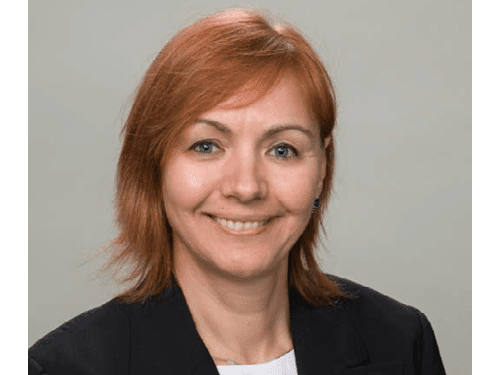 Irina Fetisova received her M.S.degree in Chemical Engineering from Moscow University of Chemical Engineering in 1987.She began her career with “Mayak” Production Association(main enterprise of Russian Ministry of Atomic energy) upon graduation as an mechanical engineer in the Process Design Engineering Division in Chelyabinsk,Russia.She spent 14 years at Mayak in a variety of technical roles including R&D such as water purification and radioactive waste solidification into glass and concrete.

In 2002, Irina joined Bechtel Corporation serving as the field engineer and later task order manager for variety of government projects with office in Moscow,Russia.In 2006 Irina was transferred to Houston,USA to Bechtel Oil Gas & Chemicals.She worked for a number of upstream (LNG) and downstream projects in positions of Process Systems engineer and Project engineer thru 2013.
Irina joined ExxonMobil Catalysts & Licensing business at Fairfax,US at the position of Licensing coordinator in 2013.Later she was promoted to Licensing project manager.She assumed her current position in January of 2016.